What advice has been most helpful on your keto journey?

Below, you’ll find some simple do’s and don’ts of keto living below that we think are useful no matter where you are on your keto journey. We can’t wait to hear what yours are!

Soup season is underway, and our four savory flavors are once again available in bulk sizes!

That means it’s easier and more affordable than ever to stock up on Savory Chicken Soup, Beef Soup Base, Creamy Tomato Basil, and Spicy Taco Soup. And this week, through October 3, you can save 10% off the bulk bags of these versatile flavors.

Our savory offerings are some of our most versatile, as they can be used in everything from chaffles and stews to roasts and dips—and even in bakes like gnocchi or our pizza pinwheels. Take a look at our recipe page for more ideas!

Keto Chow Flavor of the week: Get 10% off Pistachio Bulk Meal Bags September 20-26

This week, save 10% on the luscious creaminess of Pistachio Keto Chow. It reminds us of the classic pudding, adding a bit of nostalgia on top of the YUM factor.

PS—This flavor is a fantastic addition to a keto kitchen. You can take a look at our Pistachio recipes here.

*Granted, we feel that way a lot of the time.

Keto Chow Flavor of the week: Get 36% off Banana Keto Chow Go-Packs September

Enjoy extra savings on the light, creamy flavor of Banana Keto Chow Go Packs, 36% off through September 19. It comes with 21 single meal packets, making it ideal for travel or for busy mornings when you just don’t have time to measure!

This flavor makes a perfect companion in the kitchen, providing a touch of flavor and buttery texture to our version of a classic Banana Pudding. Take a look at our recipe page for more ideas. 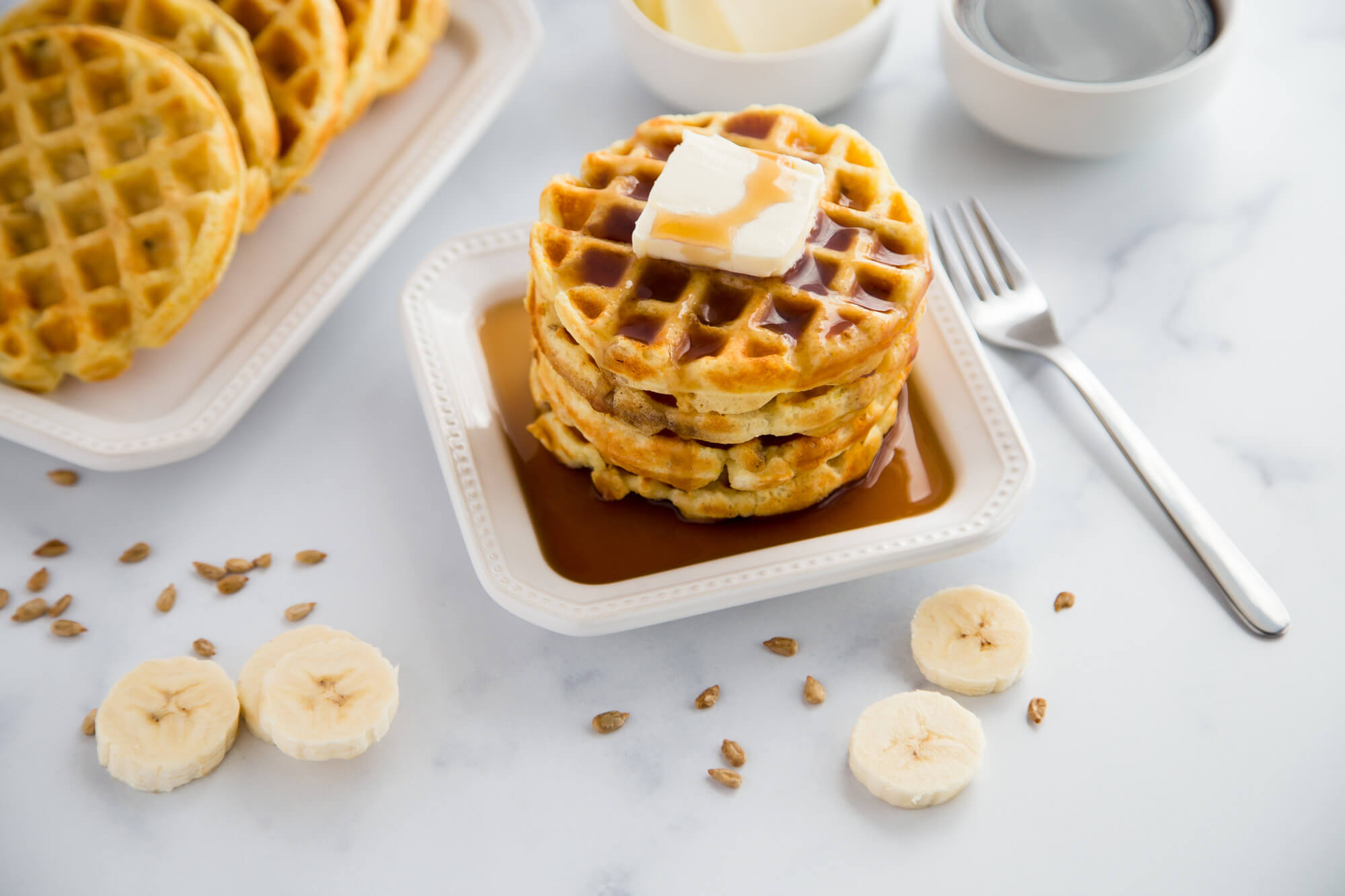 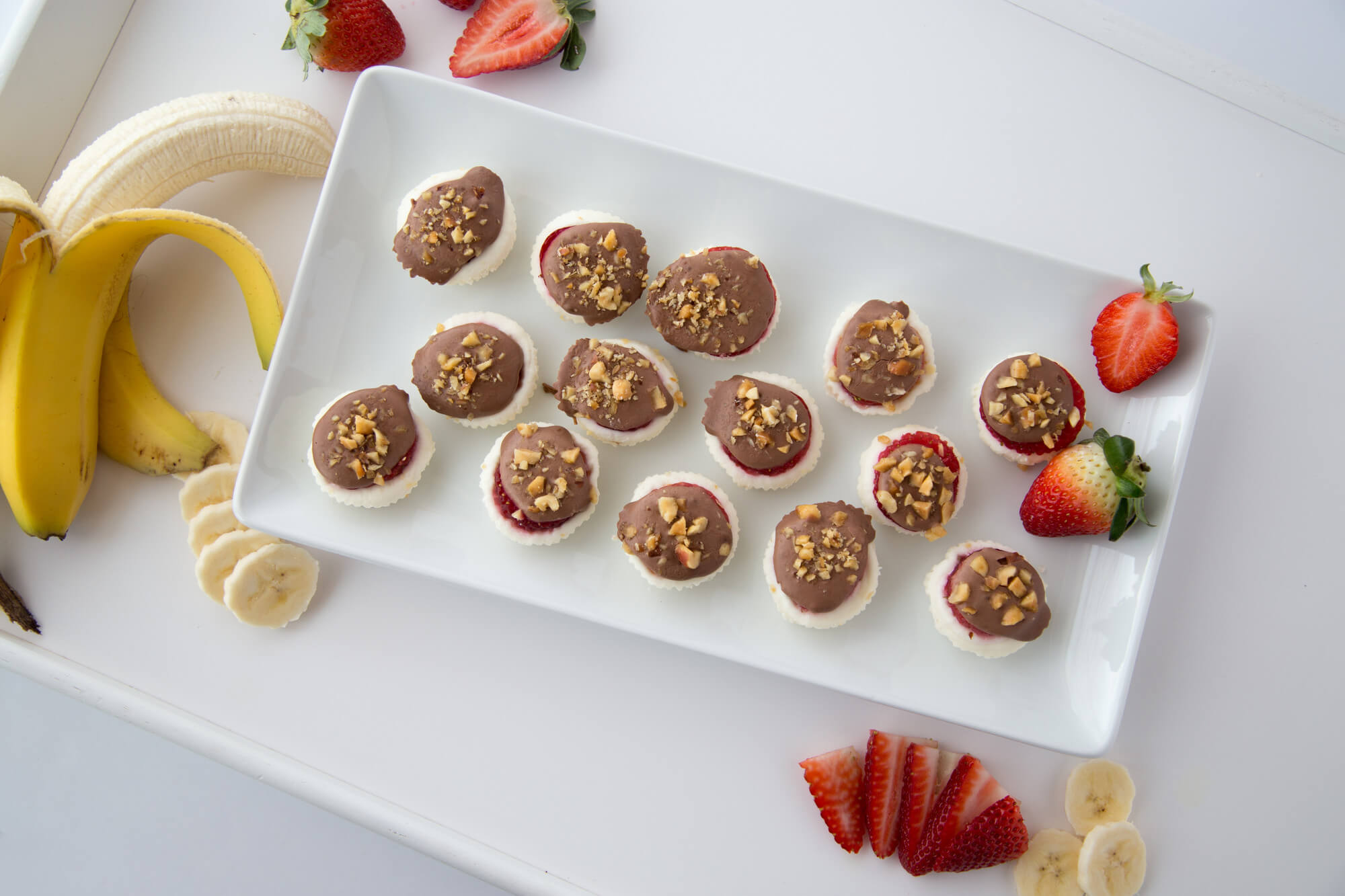 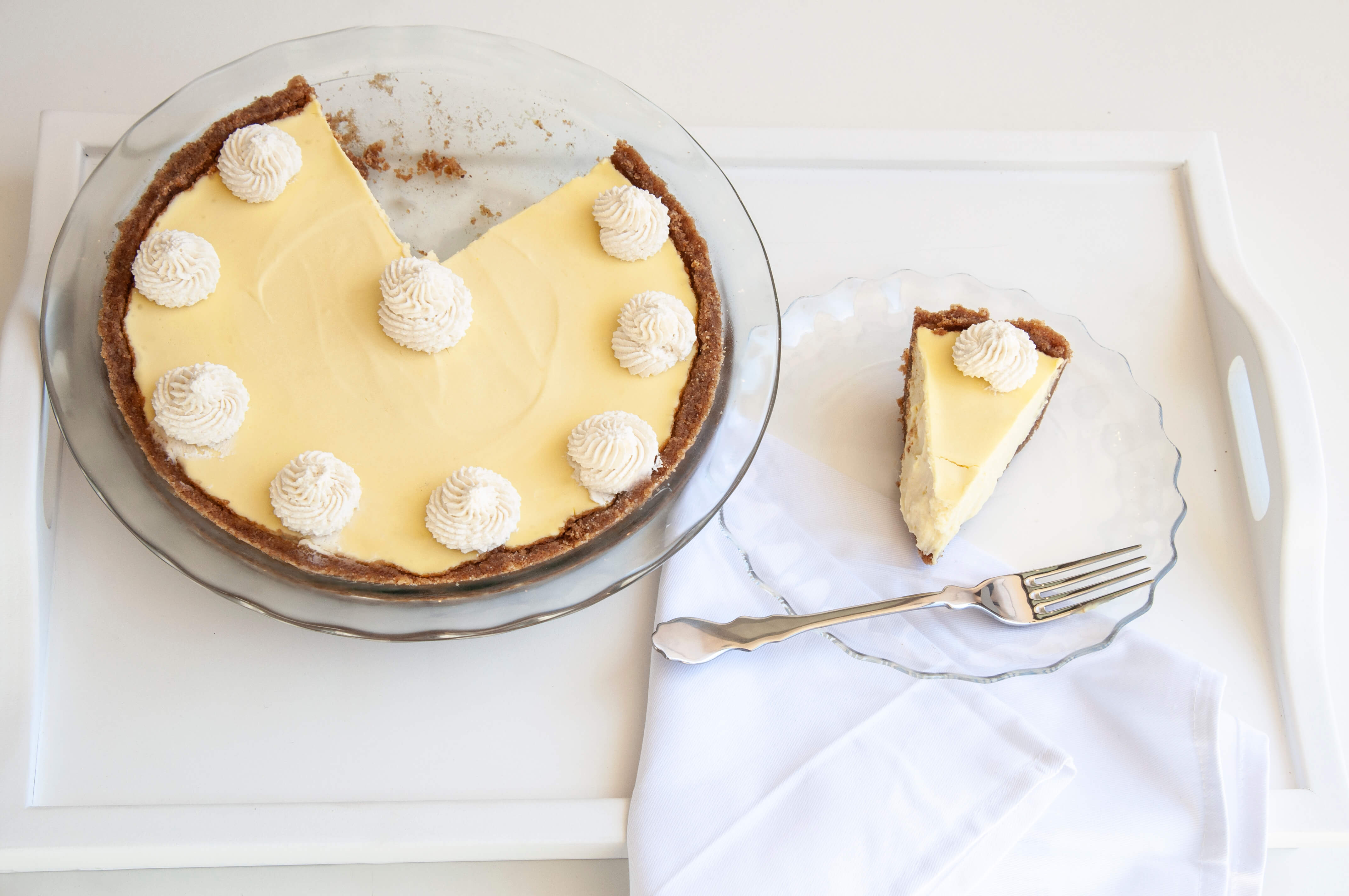 Keto Chow Flavor of the week: Get up to 36% off of Pumpkin Spice Caramel Bulk Bags and Go Packs September 6 – 12 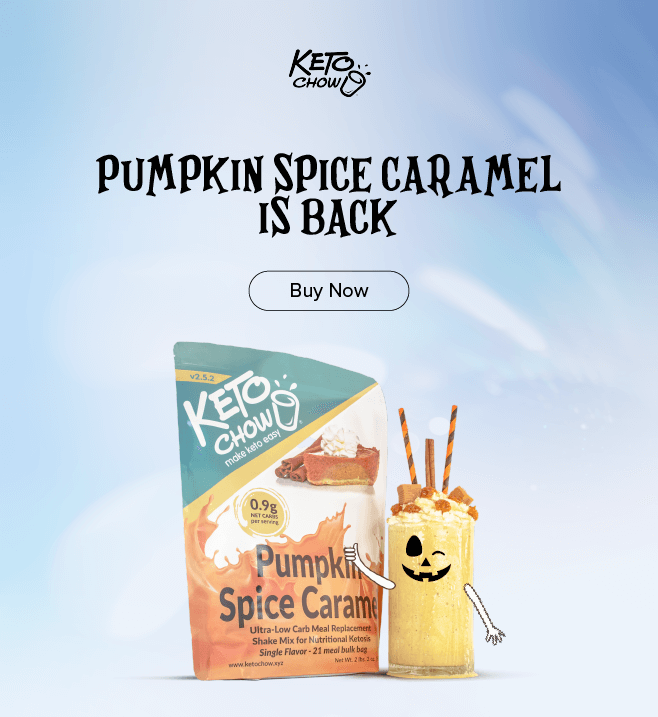 Did someone say Pumpkin Spice Caramel?

That’s right, bulk bags of this seasonal favorite are now back in stock so you can officially prepare for sweater weather. After all, if you don’t have pumpkin spice, is it even fall? (The correct answer would be no.) Get yours today, and check out our recipes to bump up the delish even more.

Is a keto diet safe for people with high blood pressure?

It’s no secret by now that ketogenic diets are excellent for weight loss and improving blood sugar control in people with diabetes (both type 2 and type 1). They’re also effective for reversing metabolic syndrome and helping to improve hormone balance in polycystic ovarian syndrome (PCOS). But keto diets also come with cautions about managing electrolytes—especially sodium. Can a diet that encourages a higher sodium intake be safe for people with high blood pressure? Let’s see what the science says.

The Role of Insulin in Hypertension

Conventional thinking holds that a high sodium intake is a major contributor to high blood pressure (a.k.a. hypertension). The logic goes like this: in the human body, water follows sodium. If you eat more sodium, your body retains more water. Your blood is mostly water (almost 80%, in fact), so with more water in the body, your blood volume may increase. If you think about more water passing through the same amount of “pipe”—that is, your blood vessels—it makes sense that the pressure would go up.

But the truth is, only a small percentage of people are sensitive to sodium in this way. Even when a large amount of sodium is consumed, properly functioning kidneys do an excellent job of holding onto just the right amount and excreting the rest with no impact on blood pressure. So what can get in the way of the kidneys being able to do this?

Insulin resistance (also called hyperinsulinemia) is a prime suspect. While insulin is most often associated with its role in lowering blood sugar, this is only one of several jobs this hormone is responsible for. Something else insulin does is cause the kidneys to hold on to sodium rather than letting go of the excess. In some people, chronically high insulin might be the primary cause of hypertension. One review article stated it in no uncertain terms:

“Hypertensive patients have been shown to be insulin resistant, and because insulin can promote renal sodium reabsorption, several investigators have suggested that hyperinsulinemia may be involved in the pathogenesis of salt sensitivity of blood pressure.”

“Direct correlation between plasma insulin levels and blood pressure levels has been demonstrated and there is evidence to suggest a causal relationship between insulin resistance with resultant hyperinsulinemia and hypertension.”

The effect of high insulin (stimulated by a rising blood glucose level) on blood pressure is so powerful that two researchers even called salt “the wrong white crystals,” and suggested that refined sugar is a far more likely candidate compared to salt for causing high blood pressure.

In addition to affecting the blood, insulin also compromises healthy function of blood vessels. Think of your blood vessels as thin rubber tubes through which your blood flows. The vessels are supposed to be soft and pliant, and able to expand and contract to accommodate greater or lesser blood flow. Elevated insulin stimulates the sympathetic nervous system, which causes blood vessels to constrict. When blood flows through vessels that are constricted rather than soft and accommodating, the pressure goes up. Nitric oxide is a compound that helps blood vessels dilate and expand to let blood flow through smoothly. When insulin is high, though, this vasodilation is impaired, and it might be especially impaired in people with type 2 diabetes.

Insulin also appears to stimulate cell growth within the blood vessels. Vessels that are thickened from excess growth may not function as well as healthier blood vessels, and they may be narrower too, both of which could result in higher blood pressure.

Sodium is an essential nutrient. The critical nature of sodium (from salt) is demonstrated by animals gathering around natural salt deposits and by traditional populations placing a high value on salt. It’s so highly valued, in fact, that it’s embedded in our everyday vocabulary: it’s a compliment to say someone is a “salt of the earth” person or is “worth his salt.”

Despite the fearmongering about salt and the detrimental effects of a high sodium intake, diets that are too low in sodium might be more harmful for cardiovascular health compared to diets higher in sodium. A study published in the prestigious journal The Lancet in 2016 concluded that low sodium intake is associated with “increased risk of cardiovascular events and death” in individuals with or without hypertension—meaning even people with high blood pressure might not always benefit from reducing sodium intake, and low salt diets may also adversely affect those who are otherwise healthy. They concluded that reducing sodium intake would only benefit people with hypertension who had a high sodium intake: just 10% of the population. The remaining 90% would likely get no benefit from decreasing their sodium intake.

What makes more sense, then? Reducing or addressing the underlying reason why the body isn’t able to properly balance its sodium level and maintain a healthy blood pressure?

Hypertension is included in the official diagnostic criteria for metabolic syndrome—a condition driven by chronically elevated insulin. So, researchers and medical professionals are well aware of the connection between a high insulin level and high blood pressure and have been since at least the 1980s.

If elevated insulin is the major factor causing high blood pressure in most people, and if sodium is an essential nutrient, then rather than limiting intake of a critical electrolyte mineral, taking steps to bring insulin levels down might be more effective for improving blood pressure. And one thing we know is that ketogenic diets are highly effective for lowering insulin.

A large body of clinical research shows that keto diets improve blood pressure in people with hypertension. The effect is powerful and may occur within a relatively short time after starting keto, so people taking medication for high blood pressure should be on the lookout for signs and symptoms of their blood pressure starting to get too low. This would be a signal that it’s time to talk to their doctor about reducing or stopping their medicine.

There have been longstanding concerns regarding the effect of keto diets on kidney function. It’s important to know that as long as you stay sufficiently hydrated, keto not only isn’t harmful for your kidneys, but it actually appears to be beneficial. The notion that a high protein intake is damaging to the kidneys is not backed up by evidence, and recent research showed that a diet low in carbohydrates led to improved markers of kidney function in people with type 2 diabetes—including the de-prescribing of several blood pressure medicines.

Contrary to what some believe, keto diets aren’t dangerous for people with high blood pressure. In fact, it’s just the opposite: they may be beneficial. People taking medication for hypertension need to be aware that they may need to adjust their dose(s) or stop the medicine altogether when their blood pressure starts improving.

Keto Chow Flavor of the week: Get 10% off of Peaches and Cream Bulk Bags August 30 – September 5

Save 10% on Peaches and Cream bulk meal bags now through September 5, so your wallet AND your tastebuds can say goodbye to summer in style.

This tangy classic tastes just like melted ice cream when prepared as a shake, and it also adds a perfect touch to keto goodies like our Peach Almond Muffins. Check out more recipes here.

Sweet, buttery perfection awaits, and at 36% off, it’s the perfect time to stock up, through August 29.

Looking for other delicious ways to use your Salted Caramel? Check out our recipe page.

Save 10-36% on Chocolate Mint bulk meal bags now through August 22, so your wallet AND your tastebuds can enjoy this bright, cooling flavor.

This creamy, refreshing classic tastes just like melted ice cream when prepared as a shake, and it also adds a perfect minty touch to desserts like these seriously decadent fudgy fat bombs. Take a look at other ways to use it in baked goods and other goodies on our recipe page.

Get 36% off Chocolate Mint! 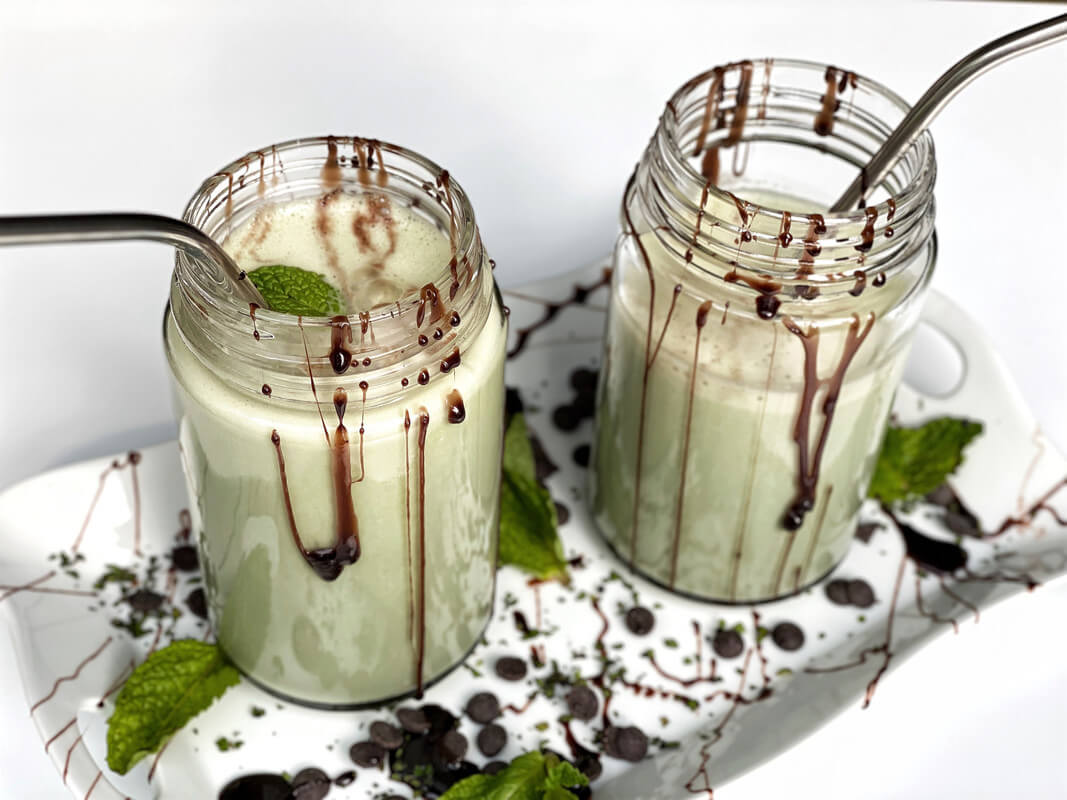 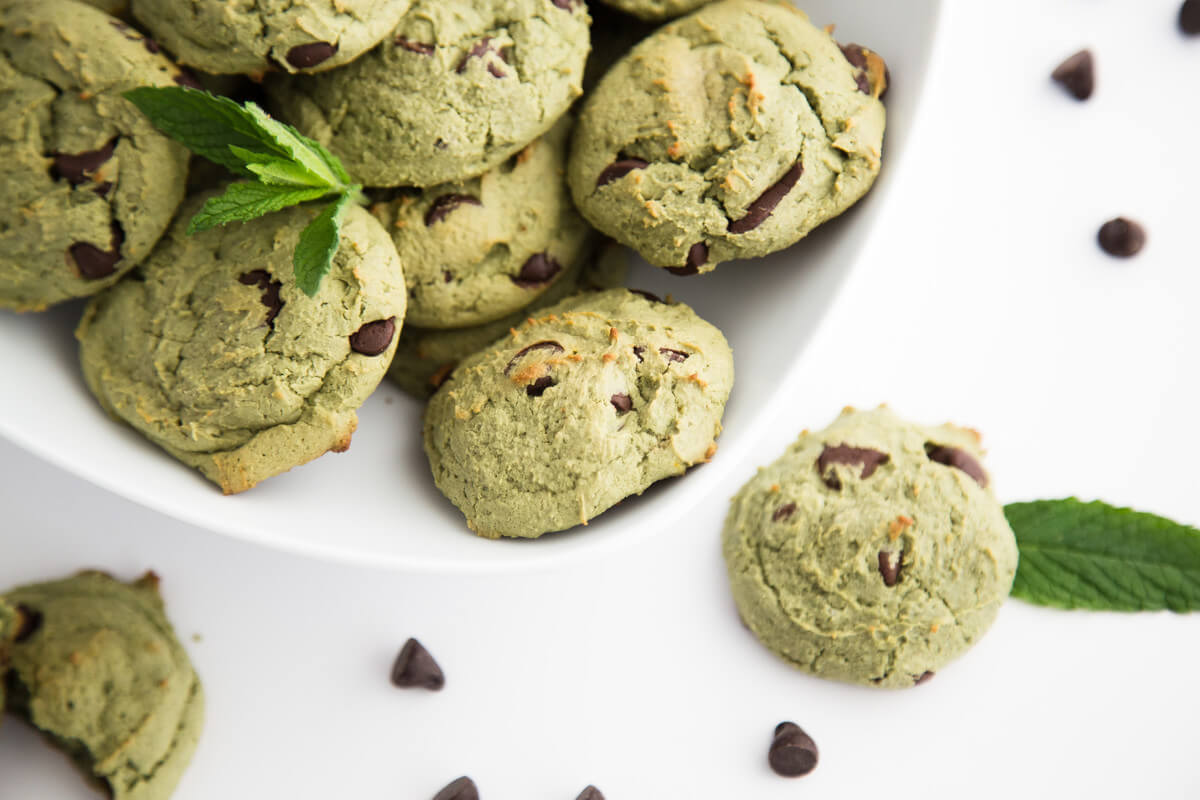 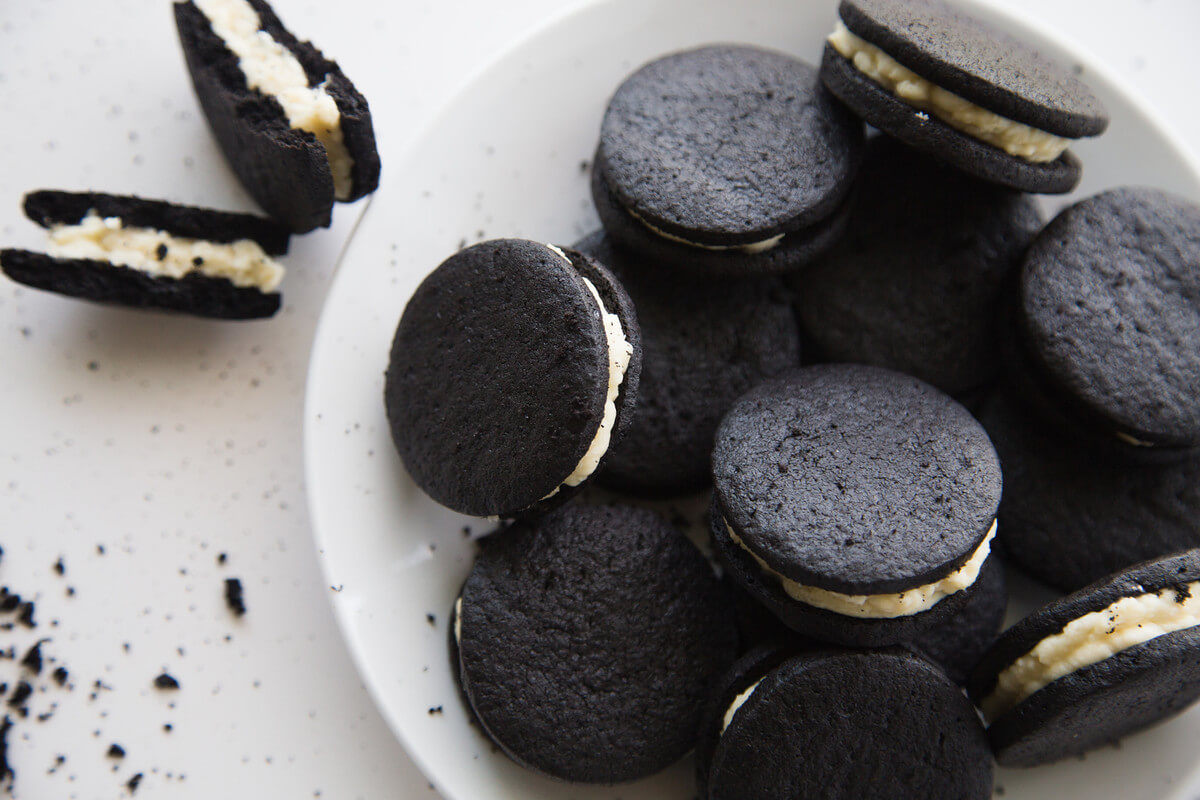 Sweater weather may feel like it’s ages away, but it’ll be here before you know it.* Fortunately, all of Keto Chow’s classic fall flavors are now available in a Go Pack bundle, including (drumroll, please!) Apple Pie!

Whoa, sorry, did we bury the lead there?

That’s right, Apple Pie is back, but only this week!

It’s currently only available in the brand new Fall Go Pack, with flavors like Pumpkin Spice Caramel, Snickerdoodle, and Chocolate. Get yours at 36% off, only through August 15!